FC Porto and Barcelona have come to an agreement that will see Spanish winger Cristian Tello move to the Portuguese giants on a two year loan deal.

The 22 year old made just a handful of appearances for the Blaugrana last season and with the arrival of Luis Suarez from Liverpool, the chances of him getting a first team opportunity have gone down manifolds and the Catalans have been quick to free up the wage bill for the Suarez deal by shipping out their fringe players.

The Catalan giants announced news of the deal on the official club website where it said that the two clubs have reached an agreement for a two year loan for the player which also sees Porto being able to exercise their right to buy the player at the end of the loan period.

However, it has also been revealed that Barcelona also holds the right to cancel any right for Porto to buy the player at the end of the first year of the deal – might be one of our tips for football betting punters if he does well…!

This move comes as a huge blow for Everton manager Roberto Martinez who was hoping to bring the winger to the Premier League in a loan move after the club cancelled the loan agreement for Gerard Deulofeu after his one year contract expired. 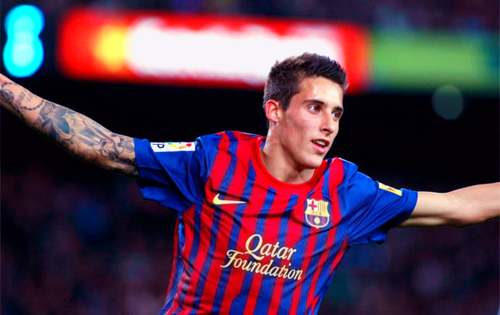 The Spanish giants missed out on trophies on all fronts last season and with the appointment of new manager Luis Enrique, the club is undergoing a massive overhaul with several players brought in during the close season.

Goalkeepers Marc-Andre Ter Stegen and Claudio Bravo as well as Croatian midfield pairing Ivan Rakitic and Alen Halilovic have already signed with Luis Suarez expected to be unveiled in the coming weeks and the likes of Alexis Sanchez and Cesc Fabregas already moved on by Barcelona to Arsenal and Chelsea respectively.